We started our trip with a 3:30 am wake up call. (Thankfully I finished packing our stuff around midnight so we got a few hours of rest.) We took the ICE train to Köln and walked around a little bit. We ended up going to the airport early because our backpacks were pretty heavy and almost everything is closed on Sundays in Germany. 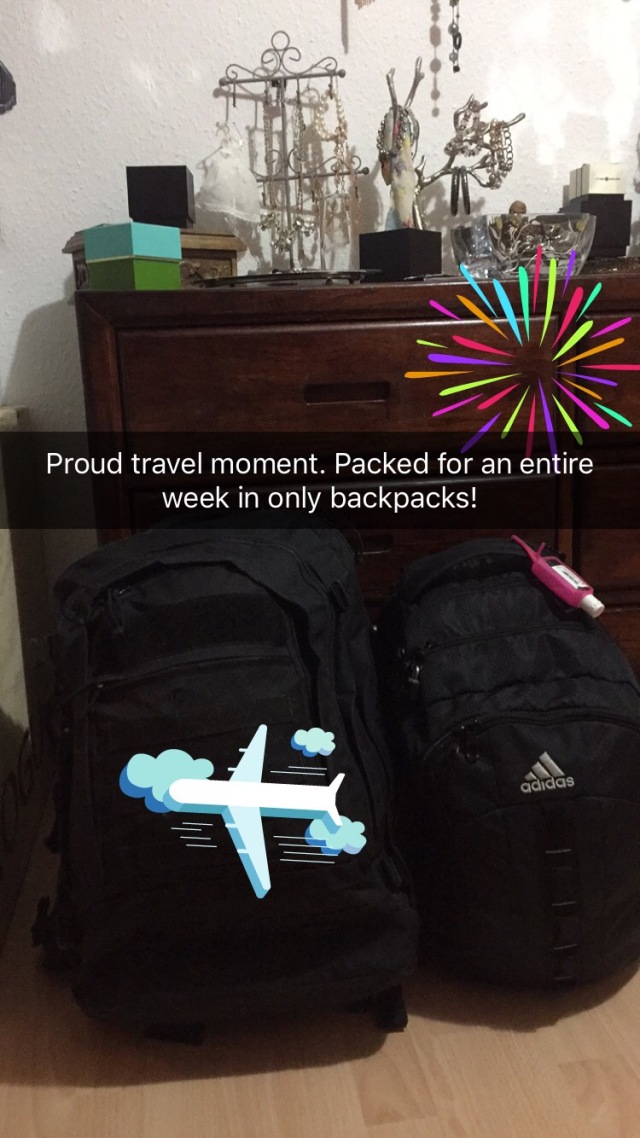 We bought a deck of cards and realized that in Europe instead of Jacks and Queens they have B’s and D’s which was so odd to me. We played black jack until we could pass through security. Once we were on the other side Dan passed out and we almost missed our priority boarding. #lackofsleep 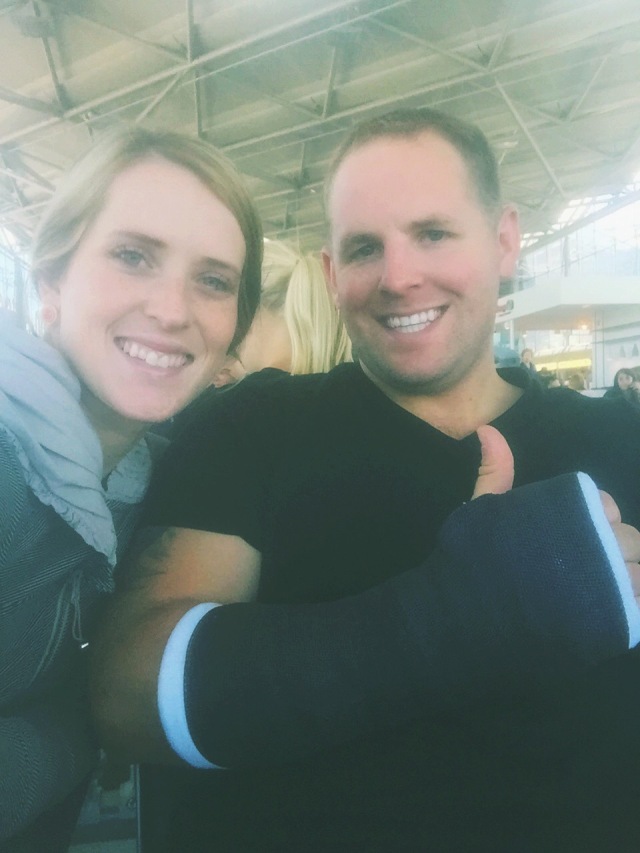 The moment the plane landed in Denmark I realized how rainy it was. Immediately I thought of Dan’s cast and how we were going to keep it dry. So before we even left the airport we scored an amazing deal on a dressy raincoat for him.

I grabbed this baseball hat to keep dry during this week of our first outdoorsy vacation. Peak performance is a European ski apparel company based it of Sweden. It’s new to me but I love the quality of this waterproof hat and it saved my lashes on this vaca!

After some slight confusion at the airport,  Dan and I grabbed our rental car and drove a few hours away to the ferry dock to get to Ærø island, where we were staying. We missed the ferry by 12 minutes so we stopped at Bella Italia for wine, margarita pizza, cappuccinos and ice cream. We walked around the small harbor and enjoyed the crisp night air. It was such a peaceful place and reminded me of my hometown! 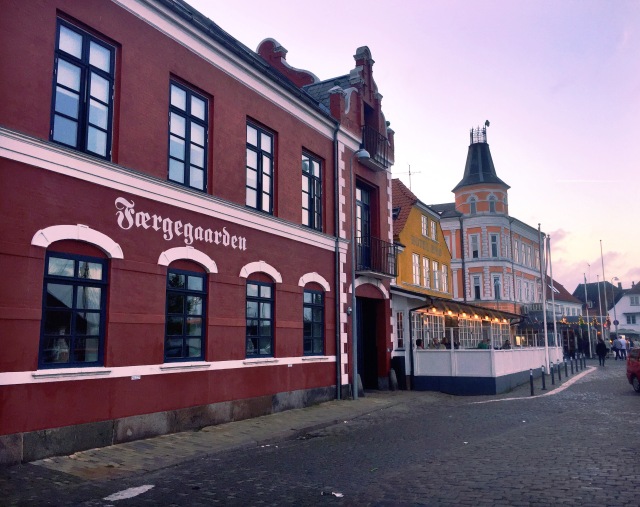 We finally got on the ferry at 10:05 pm and arrived on the island at 11:30 pm. Holy moly what a long day. We travelled by train, plane, automobile and ferry… In that exact order.

When we arrived to our hotel, the Andelen Guesthouse we were greeted by the owner. You know you’re in a small town when you’re immediately treated like family. He gave us a quick tour and invited us to the group breakfast at 8 am the next day. We assured him we had everything we needed and immediately crashed into some much needed sleep.

Breakfast the next day was similar to having breakfast growing up. It was loud and entertaining. They had a 10 person rustic dinning table with a spot for each guest. The only differences were that it was immaculately set for a formal breakfast and everyone was speaking different languages. The people were friendly and very happy that we were joining them on the island.

After breakfast Dan proceeded to nap and I completed my morning yoga routine. Traveling takes its toll on the body and yoga simply makes my life so much easier! If you struggle with back pain while traveling I would highly recommend it. You can download free podcast classes that range from 20-60 minutes. 🙏🏼 #namaste

When he woke up I was ready to go exploring….. but waited (im)patiently for him to get ready.


We set out on a mission to find thebeach and happened to find a beautiful path right on the water.

Our walk led us past the the harbor and police station. We laughed because the only cop in town works from 10 am-12pm on Thursdays. The path eventually led us straight into town. We had lunch and a beer at an adorable outdoor cafe. 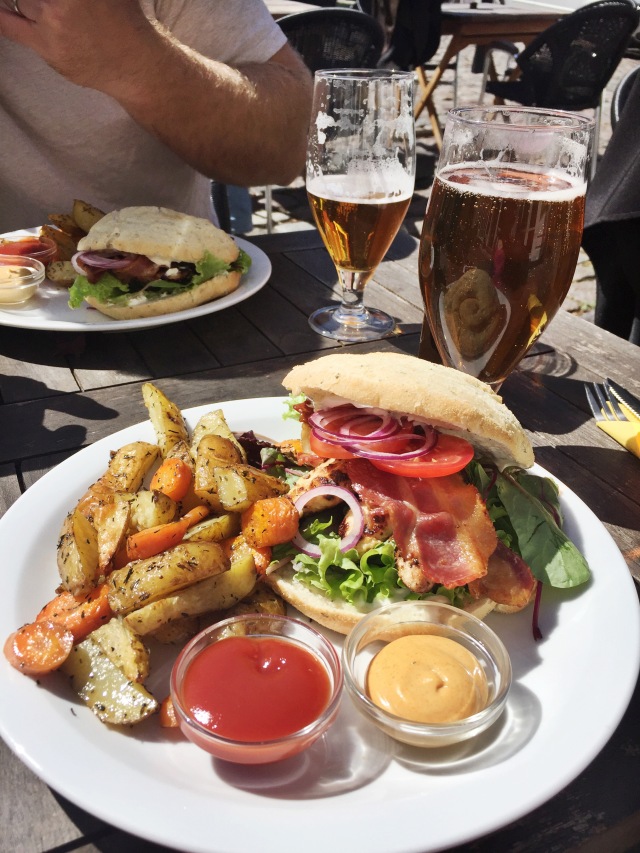 We met with Ulrich about our ceremony the next day. She was probably the nicest woman I’ve ever met. She assured us everything was perfect and they could adjust our ceremony time so that we would make our original flight to Norway! (That saved us 900 Euro 🎉🙌🏽😁). In true Antinucci fashion we celebrated with ice cream!

We took a quick trip to cliffs and the lighthouse on the island. A storm was brewing and the wind was picking so don’t mind the scary faces, it was hard to smile against the wind. 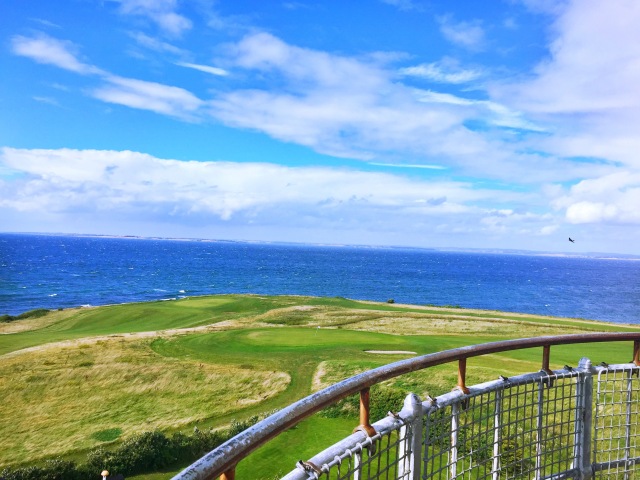 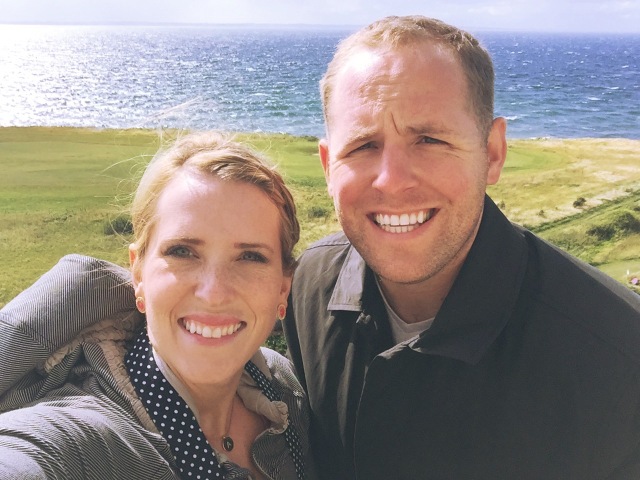 It was a quick trip but I wouldn’t have it any other way. Still drinking Cappuccino all over the world💖.

Hi friends, I'm Jenny. My wild and adventurous heart is the fire that drives me to love life and to travel as far and as much as I can. I also LOVE photography. Come along on my adventures and read about them here. Enjoy!!! View more posts